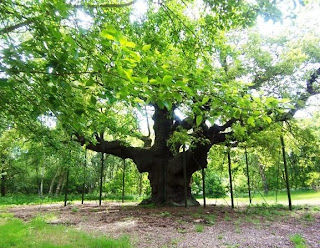 Another successful school year has about come to a close. This one was particularly rewarding as we celebrated our tenth anniversary as a Theatre in Education Company.
A new play was launched for nursery and infant children, and it was our first venture into puppetry. Judging by the excellent responses and new bookings we have received, it seems we mastered it well. The subject we chose was anti-bullying and the play we wrote was based on the traditional "Ugly Duckling" story. Anti-bullying week in November is filling rapidly.
Between Summer bookings we are heavily into rehearsing another new play. This time the theme is "Environment and Ecology". We have used a well known mythical character, Robin Hood, and created a production for the whole primary age range. Without giving away too many secrets, the wicked Prince John intends burning down Sherwood Forest to finally rid it of outlaws. Recognising the ecological disaster looming our hero has other ideas. Fully researched and brim full of music, humour and even some Morris Dancing, this play has already been pre-booked. I hope we gather the props, backdrop and costumes, oh, and learn the script before the first performance!
Posted by Albert at 13:02