P.T.A. & FRIENDS WE DESPERATELY NEED YOU!

With a little bit of luck, BREXIT could be resolved before the end of this decade!
The housing shortage could then be tackled!
The N.H.S could be made to work better!
Obesity could be overcome! (Incidentally, why don't they just do what they did with tobacco - keep everything that contains sugar under lock and key. And, whilst they are about it, include all foodstuffs that contain salt. That would make shopping so much easier!)
Where was I ?
Oh yes,
EDUCATION
Has anyone in Government ever considered the possibility that this Country's future depends on the young?
I suspect not. Otherwise, we would be spending a great deal more on educating them.
So, it falls on the public to do more.
We hear regularly of situations where there has to be a "whip round" to buy pencils, books and even toilet paper.
So what chance the ARTS and DRAMA!
Live drama has long been recognised as a powerful tool in the education process; whether it be watching PERFORMANCES or participating in WORKSHOPS.
If THEATRE IN EDUCATION is to survive, it needs the help of the teachers, parents and friends.
Be prepared to go out and raise funds. Dig deep in your pockets and provide subsidies.
After all, your Government is showing little interest!
Finished bitching but, just before I go, take a look at some photos from a play we recently performed. See if you can guess what it was.
Until again, Albert ..... 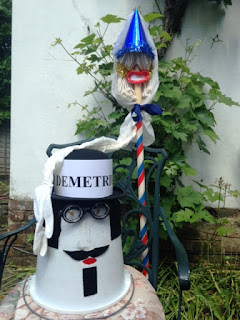 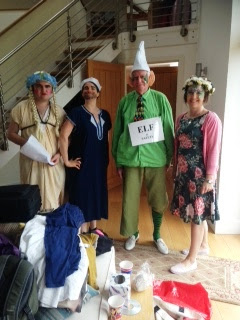 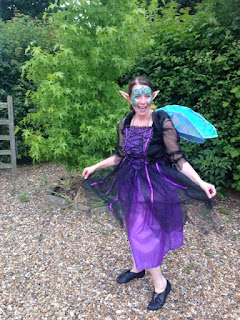