BEWARE THE IDES OF MARCH

On this day 19 years ago "AESOP'S TOURING THEATRE COMPANY" made its début at a school in Ealing.
Back then, we had just the one play "The Story of Aesop's Fables", but what a start for a Theatre in Education Company that has survived the trials and tribulations of the early part of this century.
In the early 2000's education was high on the list of Government priorities, and we had no reason to suppose it would ever change.
How wrong we were!
Today, education is way down the scale of importance, and this despite all the assurances of "ring fencing".
One has only to look at the results and league tables to see where the UK now stands.
But, despite every impediment placed before us, A.T.T.C. has flourished.
We now offer TEN SCRIPTED PLAYS and TWENTY DRAMA WORKSHOPS. And, if that is not enough, we will create DRAMA WORKSHOPS to meet every need.
We even survived "the beast from the east", even though it did mean a day of re-scheduling as a couple of schools were closed.
Perhaps soon this, or the next Government, will recognise the future of our country is in the hands of the young, and education will be moved from the back seat to the fore.
One can only live in hope!
I leave you with a couple of pictures from our first production. 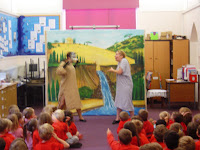 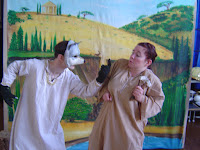 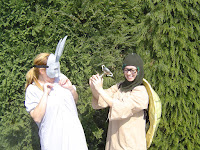 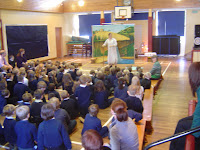 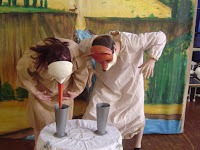 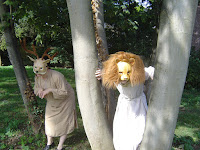