IT JUST GETS BETTER AND BETTER

It was only a few days ago I was telling you the wonderful news about Alia. Well, here is some more good news.
Starting in January, Paul Baverstock will be joining us.
Paul has a wealth of experience in both acting and directing.
Keen to get going, he has been armed with the scripts and will commence rehearsals next week.
Watch out for his biog. in the actors' section of this website where it will soon appear.
Now, I have been racking my brain to try and come up with some more "buzz" words; not with too much success I have to say.
Anyway, how about themes, studies, books, art, illustrations, creativity naration and entertainment.
Also, I think some character names from the plays may be useful.
So, here goes:
Billy, Gingerbread Man, Mr Hare and Mr Tortoise, King Henry VIII, Omar, Professor Mildred Mildew, Kitty, Stanley, Albert and his twin brother Edward, Maisy (the one you never see!), Neddy, Miss Cecilia Swan, Freddie the frog, Ann Boleyn, Ann of Cleves, Catherine Parr, Catherine of Aragon, Jane Seymour, Catherine Howard, Prince Edward, Princess Mary, Princess Elizabeth, Cardinal Wolsey, The Pope, Court Jester, Leper, Thomas Cranmer, Thomas Cromwell, Anon the Executioner, Grave Digger The Cow with no name, Mr Fox, The Snake and the Weasel, The Lion, Mr Stork.
That's just a few of the NINETY SIX CHARACTERS we portray in nine plays, and I haven't even mentioned any from "TIMELINE"
Still, enough to be going on with.
I fancy a cuppa.
So, 'till next time, this is Albert signing off. Come along Bonnie....... 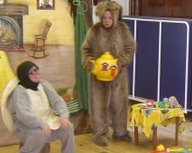 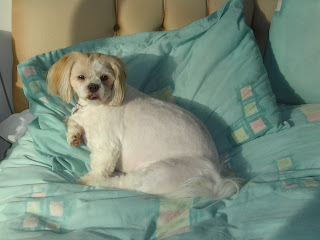